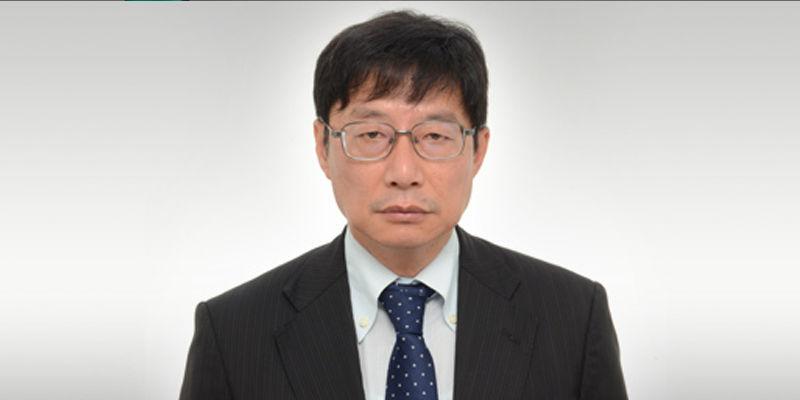 Posted at 00:27h in Sin categoría by admin

Global Insight (GI): The first TICAD was held in Tokyo in 1993 and since then there have been five more TICAD, and the next one will take place next year in Yokohama. The TICAD was launched to promote high-level policy dialogue between African leaders and development partners, showing the Japanese high interest in African matters. Could you assess the historical transformation of the TICAD since its inception until today? What have been the main topics and the overall impact of TICAD in the past 25 years?

Over the course of 25 years since TICAD I in 1993, the Tokyo International Conference on African Development (TICAD) and its process has made significant contributions for the development of Africa to facilitate the discussion and implementation. The uniqueness of TICAD can be identified by the following key words: “pioneer forum”, “open forum”, “ownership and partnership” and “steady fulfilment of promises.” Firstly, TICAD is a pioneer forum in African development. When the Cold War ended, developed countries’ interest in providing assistance to Africa began to wane. Under such circumstance, it was Japan that argued for the importance of Africa, and TICAD was the proof of Japan taking action. Nowadays, there are various fora through which many countries engage themselves with Africa, but TICAD, launched by Japan and other co-organizers, was the forerunner of such fora for African development.

Secondly, TICAD is also an open and multilateral forum whose participants include not only African countries but also international organizations, partner countries, private companies and civil society organizations, bringing together a broad range of global knowhow and efforts of the international community. Thirdly, TICAD has long advocated the importance of African ownership and international partnership, always being close to African’s heart. Today, the development philosophy based on these two principles is shared globally, inspiring African countries and international partners. In the TICAD process, steady fulfilment of promises and its follow-up are another set of important feature. For example, pledges are announced at the summit-level meetings and the status of their implementations is shared at the ministerial meetings held during the interval years to follow up on the Summit meeting.

While maintaining its uniqueness, TICAD has always strived for updating itself to keep up with the times. In 2013 at TICAD V, the forum placed great importance on boosting the growth of Africa through trade and investment, and Japan announced “Japan’s Assistance Package for Africa” to provide up to approximately USD 32 billion in the next 5 years, utilizing both private and public means. In 2016, TICAD entered into a new era, as its 6th conference (TICAD VI) was held for the first time on the African soil, in Nairobi, Kenya. Also at TICAD VI, the public-private partnership effort was geared up, as over 11,000 people participated in the meeting including a business mission with leaders from 77 Japanese companies and organizations. Furthermore, Prime Minister Shinzo Abe announced the launch of “Japan-Africa Public and Private Economic Forum,” and the first forum was held in Johannesburg in May this year in South Africa, attended by South African President Ramaphosa and ministers of African nations, as well as approximately 100 Japanese companies, 400 African companies, international organizations and partner countries, which totaled about 1,800 participants.

Building on such steady and concreate steps, we hosted the TICAD Ministerial meeting on October 6-7 in Tokyo, where the participants celebrated the 25th anniversary of TICAD since its inception and commended its significant contributions for African development. Various issues were discussed at the meeting to pull all the efforts together towards TICAD 7 next year.


GI: The level of Chinese investments in Africa has increased at a rate fast enough to raise concerned eyebrows in the developed economies. China’s global political influence and the major growth opportunity presented by emerging market economies has motivated the Chinese to invest in Africa. Has the Chinese enthusiasm and growing presence in Africa motivated a Japanese “response” and forced the Japanese administration to re-think its international partnerships and commitment?

Japan expects that, the “Belt and Road Initiative” (BRI) led by China would contribute to regional and world peace and prosperity if it is in line with international standards such as transparency, openness and debt sustainability of the receiving nation. If the Chinese initiative is advancing compatible with international standards, it could align with Japan’s initiative to promote a free and open Indo-Pacific.

Japan, in any way, will continue its support for African development leveraging its own expertise through various measures, such as investment in “quality infrastructure” to enhance connectivity, human resource development, technology transfer and human security, putting more emphasis on business sector, in line with the international standards including debt sustainability issue.


GI: Considering that the last TICAD identified three different pillars (1: Promoting structural economic transformation through economic diversification and industrialization; 2: Promoting resilient health systems for quality of life; 3- Promoting social stability for shared prosperity) to work on after the last conference in Nairobi, how would you assess the implementation of these three pillars since then?

At TICAD VI, Japan announced the “Investment for the Future of Africa”, comprising approximately USD 30 billion for a period of three years beginning in 2016 in line with the three pillars in the Nairobi Declaration, namely 1) Promoting structural economic transformation through economic diversification and industrialization, 2) Promoting resilient health systems for quality of life and 3) Promoting social stability for shared prosperity. Regarding the first pillar, I would like to point out that Japan has contributed African economic transformation through its initiatives and projects such as “Kaizen” to improve productivity of the Micro Small and Medium Enterprises (MSMEs) in many countries in Africa and through the ABE Initiative which has invited more than 1200 African youth to study in Japan who later are given opportunities to work as interns in Japanese companies.

Japan has also worked hard to achieve the second pillar on health. To build the resilience and preparedness of health systems in Africa, Japan supported the establishment of the Africa Centres for Disease control and Prevention (Africa CDC) as well as the improvement of each country’s health system through various health-related projects.. Furthermore, Japan has been putting strong emphasis on the promotion of Universal Health Coverage (UHC) in Africa based on its own experience and expertise, through health projects including the provision of policy-based program loans in Kenya and Senegal. Japan also collaborates closely with the international organizations in this field of promoting UHC. Building on these efforts to lead the global discussion on UHC, Japan held the “UHC Forum 2017” in Tokyo. Japan is further determined to focus on capacity building and human resource development in the health sector in Africa.

As for the third pillar, Japan supports democracy and good governance in Africa, and we highly value Africa’s own efforts to find “African solutions to African problems” in promoting peace and security. In line with this idea, Japan hosted the first “Core Group Meeting of the Eminent Persons Group on Peace and Stability in Africa” last August inviting five former African presidents to have them discuss how to realize peace in Africa. As such, Japan has been steadily implementing its measures in line with the three pillars of TICAD VI. On the other hand, I would like to note that we could have gone further to achieve the 30 billion if it had not been for debt sustainability problems in some recipient countries. We are on track but the preliminary track record as of September this year is USD 16 billion. We recognize that some loans and guarantees have partly slowed, also due to issues with the debt sustainability of the recipient countries among other factors such as a fall in the prices of commodities.

GI: Regarding the next TICAD in 2019, what will be the main topics and the new priorities? Could you tell us about the Japanese expectations in terms of people attending the conference and other interesting issues?

The TICAD Ministerial Meeting was held in October this year in Tokyo not only to review the progress of the implementation of the measures announced at TICAD V and VI but also to prepare for TICAD 7 scheduled on 28 to 30 August next year in Yokohama, by listening to the Africa’s voice for their interests and concerns towards the Summit meeting.

In the meeting, the participants shared their views on the importance of ensuring the international standards including debt sustainability when conducting international assistance. They also highly appreciated Japanese and African private sector’s wide participation in the TICAD process. They further discussed broad issues such as expanding support for MSMEs, improving productivity of agriculture, human resource development, promoting science, technology and innovation(STI), energy development, health issues including UHC, disaster risk management, empowerment of youth and women, peace and security, and enhancing connectivity within Africa and beyond, among others.

Based on these discussions in the Ministerial Meeting, we will further develop the discussion agenda together with the other TICAD co-organizers towards TICAD 7.As a host country of TICAD 7, I am looking forward to welcoming participants in Yokohama.